From the Other Side of the Screen: A Student’s View Part II 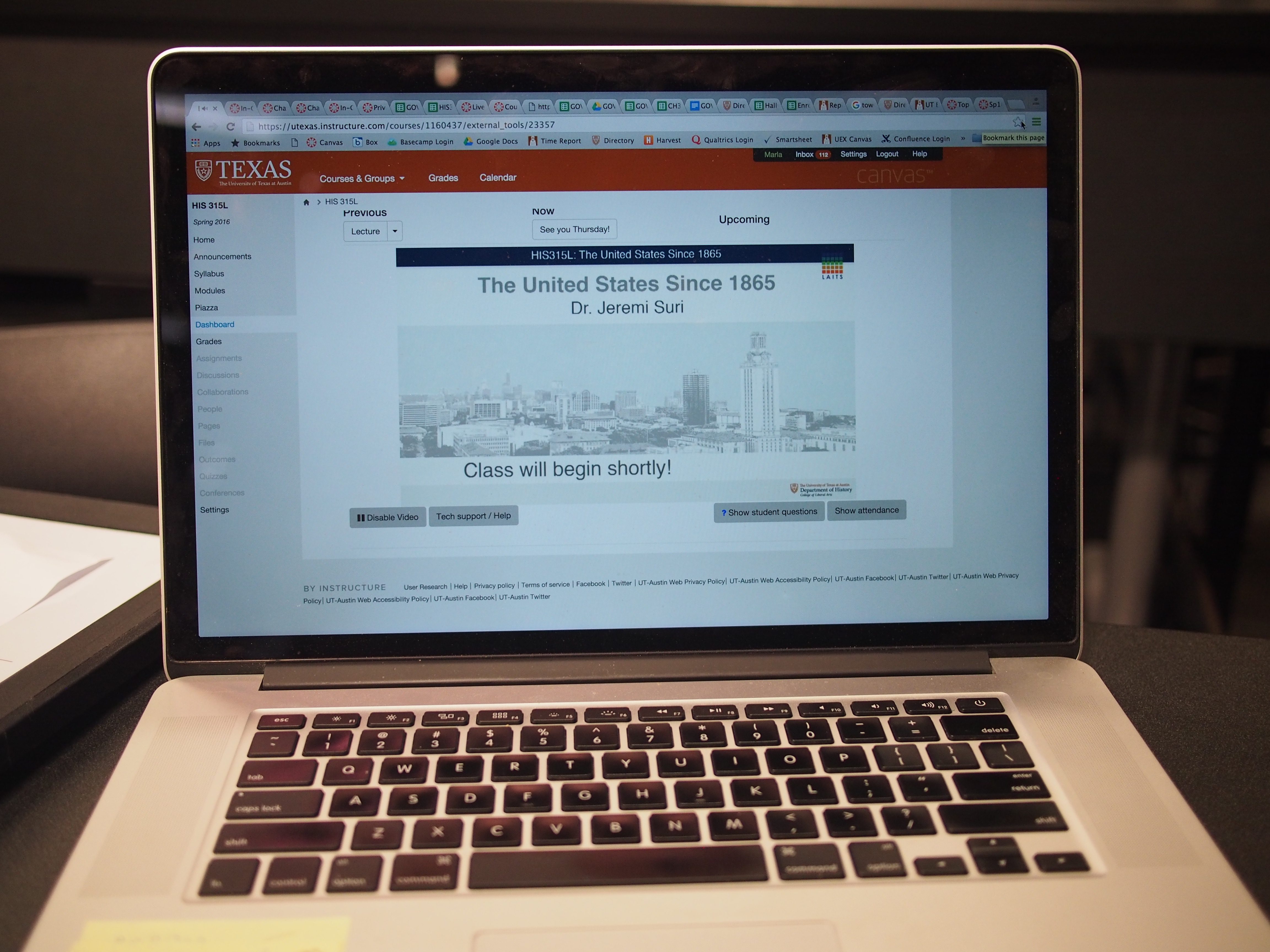 I enrolled in Professor Suri’s online history class because it fit nicely into my schedule. I was expecting something similar to the last two online classes I had taken which, though they required some amount of work, did not really require much effort overall to maintain a good grade in. Professor Suri’s online history class is definitely not your run of the mill online class. Of the three online classes I have taken thus far at UT, it is by far the most educational, rigorous, and the one that most closely resembles traditional courses at UT in terms of workload and expectations.

After attending Professor Suri’s online class for half a semester, I’ve come to realize that the factors that determine the quality of online classes are very similar to the factors that determine the quality of traditional classes. It is still definitely the case that a student will get as much out of the class as they are willing to put in. However, it is also true that the quality of the class is highly dependent upon the amount of effort that the professor is willing to put into the course (I do not mean to imply that professors do not put effort into teaching, only that some professors seem to put more time into making engaging lectures and helping students than others). Despite the early hour, Professor Suri’s energetic and humorous lectures coupled with high expectations make this a fun and interesting class to attend. Professor Suri’s humor often helps keep my attention and helps me remember points he discusses. For example, while explaining some of the causes of WWI, I remember him commanding everyone to point to Austria-Hungary on a World War I map of Europe despite the fact that he can’t see most of his students during lecture. Professor Suri’s higher expectations sometimes manifest themselves in the images he puts up during lecture. The professor asks the class to look at and comment on the image in the class chat. For me, this is a great exercise because it allows me to give my thoughts on the image in a fashion that the professor will notice but still allows me to see what other people think. Understanding history requires people to think about and incorporate multiple views of an event into their conclusions. The class chat is the perfect place to start discussions, exchange views, and develop a better understanding and broadened perspective about topics.

For me, taking an online class also has the advantage of allowing me to attend from anywhere that I have an internet connection. This is great because it means that I can schedule back to back classes without having to worry about running across campus in order to reach my next class in time (my first semester at UT taught me to pay closer attention to class locations when scheduling back to back classes). Furthermore, being able to attend class from almost anywhere means that I can arrange my workspace how I want. I’ve had several large classes in lecture halls with writing desks about half the height of the notebook I was taking notes in. In light of those experiences, having the ability to choose where I work is definitely a plus. Though my workspace setup is generally fairly simple, a laptop with headphones, a notebook, and a cup of tea, having the ability to pick a table that is big enough to comfortably fit everything is an amazing benefit of taking online classes.

Online classes are definitely becoming more the norm than the exception. However, I think the effectiveness of online classes varies a lot by discipline. As a computer science major, I have taken a lot of classes that are quite technical. In some of the classes I have taken the professor has covered the board many times over with diagrams representing data structures in a program or system. Though online classes may not be as effective in a situation where diagrams are used to explain relationships between data, they are certainly a good medium of communication for classes like the one Professor Suri is teaching. I think online classes with expectations similar to that of Professor Suri’s will have a set place in the future and will help more students access courses that not only count towards graduation requirements but also actually teach them something meaningful.

Ashlie Martinez is a third-year double major in the Turing Scholars Honors Computer Science and Electrical Engineering programs. She was raised in Albuquerque, New Mexico where her family still lives. She has a wide range of interests including pottery, reading, soccer, and origami. In the future she plans to work in industry but is interested in volunteering to teach people about computers and programming.